“Ivanhoe is a game in which players take on roles within or around a shared text. Through those roles, players embody a position, and by making moves from that position, expose myriad adjacent possible understandings. Ivanhoe grew out of dissatisfaction with limitations inherent in existing forms of critical interpretation. Performing one’s perspective encourages playful engagement with the shared texts as well as with other players.”

Players can use text, images, or videos to enhance their moves.  They can keep journals to rationalize their characters’ actions.

“The first mature Ivanhoe Game was played on Henry James’ The Turn of the Screw. (See an excerpt of the original game!) The players assumed roles, made moves, evaluated each other’s moves, assigned points, and kept role journals for reflection. More than simply fan-fiction, the game was designed to generate insight into a literary work by asking players to take an active role in the rewriting of the text (see Drucker and Rockwell, “Reflections on the Ivanhoe Game” in TEXT Technology 2003).” 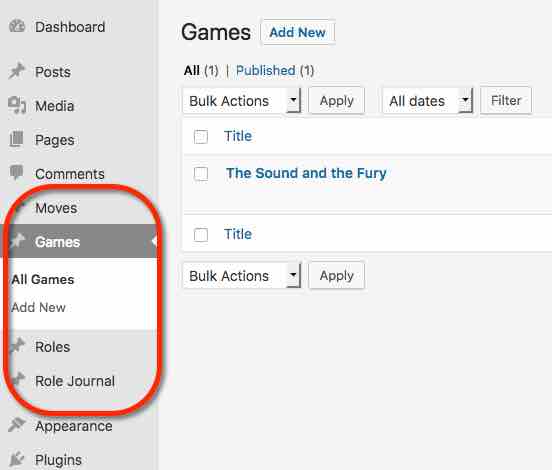 The Ivanhoe theme has great documentation to further explain how to play the game.

Under the hood, the Ivanhoe theme creates four custom post types: Moves, Games, Roles, and Journals.  Once you use the WP Dashboard to create the game, all the action happens on the front end of the site.  Players “Make a Move” and provide their rationale for the move.  Colleagues “Add to Move” by responding – often questioning the character’s language and motivation.

A project created by University of Virginia’s Library Praxis Program and Scholars’ Lab, Ivanhoe can “uncover alternative narratives and readings by intervening directly in the text: adding to it, reordering the plot, or deleting scenes or characters.”

Students are challenged to get inside the head of a character and understand how s/he thinks and makes decisions.  They use the characters’ strengths and weaknesses to re-imagine hypothetical or real situations.  Writing is enlivened when students collaborate, perform, and reflect using Ivanhoe!

For an example of Ivanhoe being used on the Commons, see Jeff Allred’s English 494 at Hunter College in Spring 2017 called “Blackness and Inscription.”  Students transform some of Charles Chesnutt’s “conjure tales” from the 1890s into an Ivanhoe game.  See screenshot below: 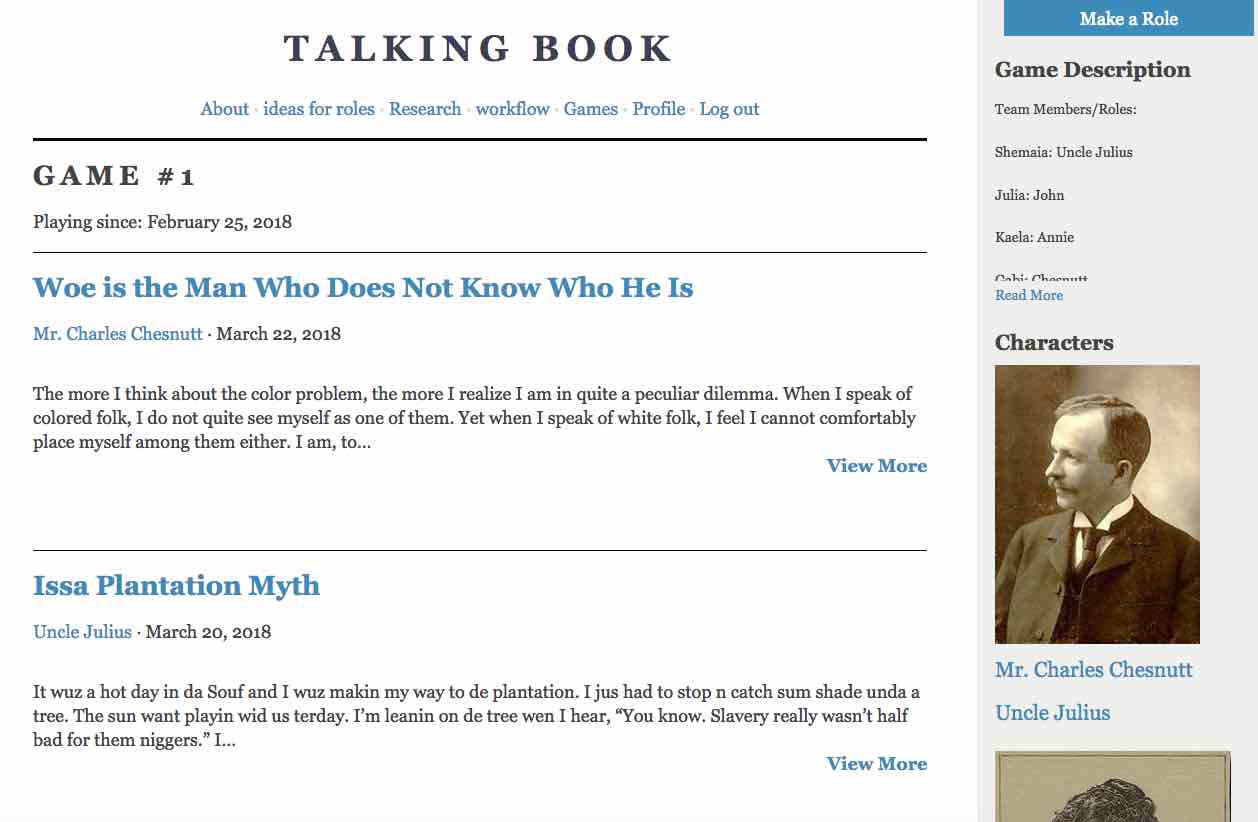 Not exactly what you're looking for?