The Q & A WordPress plugin lets you easily add a configurable question & answer dialog on your site. First you create individual “FAQ” custom posts, where the post title is the question, and the post content body is the answer. You can assign categories to each FAQ post, and when you want to display your questions and answers, you use a simple short code. This is a neat way to provide a quick, compact Q&A dialog for your readers to quickly get onboard with new concepts, or create a review page that re-enforces important concepts.

When you activate the plugin, you’ll see a new section (“FAQs”) added to your dashboard (see image, above). Click on “Add New” to add a new Question & Answer. Here you can create a list of questions and answers that will appear on a single page: 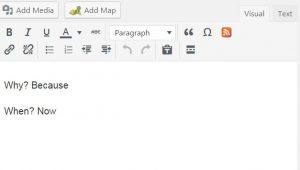 Or you can use short codes. Remember – the title is the question, the content is the answer. You’ll need to repeat this process for each Q & A you add. To display your compiled list of questions and answers, use the following short code in any page or post:

Optionally, you can qualify the short code with a category, which will display only the Q&A’s in that category. That code looks like this (where “faq1” is the name of one of your categories):

Short codes can be sensitive to copy/paste operations – so if you have troubles (like I did), retype the short code rather than pasting what you copied.

The answer to your question is the post content, and it can contain images, links, text, and embedded video – anything that a normal post or page can contain.

If you go to your Dashboard and click Settings>>Q&A, you should see the following options that help you configure how you want your FAQs to appear. If you want, you can create a FAQ page dedicated to questions and answers. Or you can simply integrate your Q&A’s within posts and pages. (Hover over each question mark in your dashboard for handy tooltips that let you know what each option does). 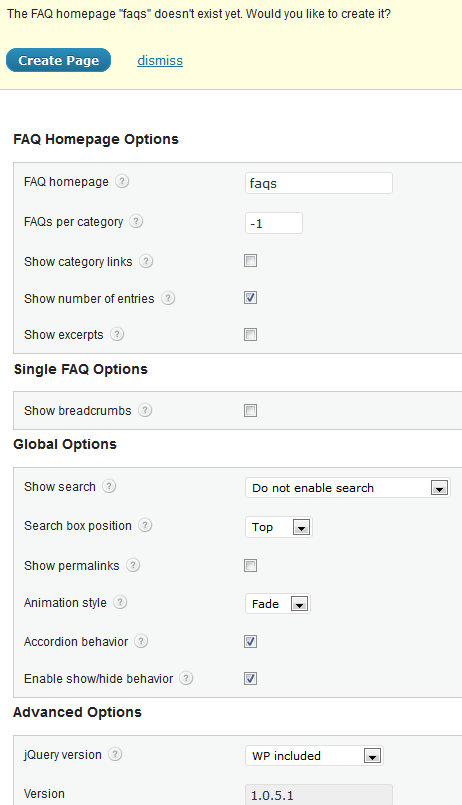 Here are a couple Q & A’s to show what the plugin can do:

How do Cats Purr?

What Was the Bathtub Hoax?

On December 28, 1917, an article titled “A Neglected Anniversary” by H. L. Mencken was published in the New York Evening Mail. It claimed that the bathtub had been introduced into the United States as recently as 1842, the first ones having been made of mahogany lined with lead. The article went on to describe how the introduction of the bathtub initially was greatly discussed and opposed until President Millard Fillmore had a bathtub installed in the White House in 1850, making the invention more broadly acceptable. The article was entirely false but was still being widely quoted as fact years later, even as recently as January 2008 when a Kia TV ad referenced the story with no mention of its fictional nature.

If you have any problems, let us know at the Commons help desk – support@cunycommons.zendesk.com

Not exactly what you're looking for?